Someone has abandoned three airplanes at the Kuala Lumpur International airport in Malaysia. They have accumulated landing fees, parking tickets, and several families of Sunda Flying Lemurs. These aren’t just any airplanes, either. They are Boeing 747-200s. The Lemurs are clearly living the high life.

Aggravated littering is a serious crime. In fact, whoever abandoned the aircraft can be charged with violating a number of international climate change statutes. That sounds serious. The sentence involves six months of community service fumigating President Obama’s golf shoes. Yikes.

I abandoned a kite one time during my misspent youth. I got off easy, and feel compelled to repay society by tracking down the guilty party in order to bring justice to our planet. I’ll be using a technique called hyperbolic sleuthing, which fictional sources such as Castle, CSI: Whatever, and Rolling Stone Magazine use to determine the guilty party.

Let’s examine each suspect until we find our culprit. 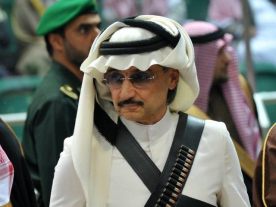 It turns out that Prince Alwaleed is a Muslim, and Muslims are incapable of committing any crime. Everyone on television and most of the mass media assure us of this. Repeatedly. Scratch the good prince off our list. 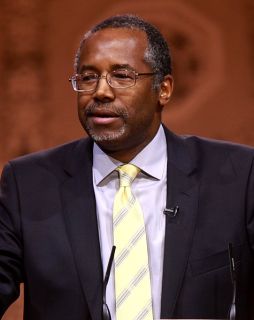 Suspect #2: Presidential candidate. Plenty of campaign funds available to purchase 747s. Jumbo jets are clearly needed for daily commutes between Iowa and New Hampshire. Fuel and airline snacks are not cheap, however, so as the campaign peaked they simply couldn’t afford the daily upkeep. But better not sell them! The other dozen candidates might drop out leaving the Carson campaign in a more fiscally viable situation.

It is a good thing that Dr. Carson is African-American. Black people are also incapable of committing crimes. Everyone on television and most of the mass media assure us of this, even more repeatedly than they assure us about Muslims. Scratch Dr. Carson off our suspect list. 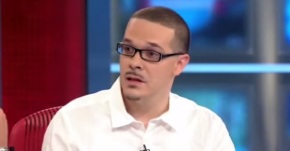 Suspect #3: One of the leaders in the Black Lives Matter protest movement. He is one of those poor unfortunate members of society born wrongskin: a black man trapped in a white man’s body. Recent facts have revealed that Mr. King has not accounted for a lot of money in the BLM coffers. Is it enough to account for three 747s? According to several online sources, the movement is being funded by George Soros. Yeah, it’s enough. It makes sense, too, because paid protesters need some way to travel to the next riot.

Despite being white, Mr. King is deemed to be black. Black people cannot commit crimes. Don’t make me cut and paste that sentence a third time. Scratch Shaun King off our suspect list. 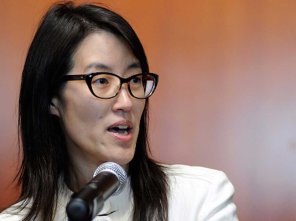 Suspect #4: Ex-CEO of Reddit. Responsible for censoring badthinkers and wrongfunners. Advanced the feminist cause of pay equity by banning salary negotiations that would have equalized pay. Sued bosses for harassment. Bosses were exonerated via jury trial. Fired Victoria Taylor, a popular Reddit moderator, to cement “Queen Harpy of 2015” title. Could she have acquired three 747s and then left them to rot after her resignation from Reddit, just for spite? All signs point to yes.

Mx Pao is looking like a prime suspect. Libertarians hate her. Jurists hate her. Feminists find her problematic. Alas, she is a woman and some flavor of Asian American. Like every other minority in the USA, these qualities render her incapable of committing any crime. This is why sites like Jezebel are still defending her. We must look elsewhere for our guilty party. 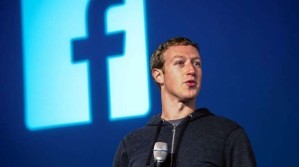 Mark Zuckerberg’s net worth is on the happy side of $45 billion. He recently vowed to give his vast fortune away to a massive financial conglomerate that will specialize in buying politicians. He will then use those politicians to usher in utopia, except for once a year on his birthday, when they will act as bowling pins for his party guests. I’d like to believe I’m being a little too cynical about the whole affair, but something tells me I’m not being nearly cynical enough.

Could he have abandoned a few 747s? Absolutely. What are three jumbo jets when you can purchase three-hundred more? Alas, Mr. Zuckerberg is a prominent SJW who has repeatedly demonstrated his worthiness to the cause by banning wrongthinkers from his social media empire. You can never be found guilty when inflicting social justice on peasants, which means we have to continue down our suspect list. 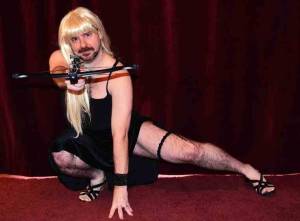 Which brings us to Hugo Award-winning science fiction author John Scalzi. White. Male. Hetero. Signed a $3.4 million book deal this year. Everything fits except the dress he’s wearing. So what unlikely sequence of events might account for Mr. Scalzi abandoning three 747s in Malaysia?

It begins with a simple error. Once the checks get large enough it is easy to miscount the zeros. Mr. Scalzi probably thought he could afford the jets, and would use them to fly in deserving fans to WorldCon, where they could all vote in good conscience for No Award in a number of literary categories, thus assuring the Hugo would remain pure for recipients who have the right skin color or political views. Alas, reality soon bit him when he realized his error. He quietly abandoned the aircraft and blogged about his cats. Nobody was the wiser, until the power of hyperbolic sleuthing was unleashed.

Mr. Scalzi, please apologize to the good people of Kuala Lumpur, pay the fines, and sell the planes to Donald Trump. He’s going to need them to cover all the Super Tuesday primary states come March.

4 thoughts on “Are You Missing Some Jumbo Jets, Readers?”