If a single invention can symbolize a given era, ours would be the selfie. Selfies are possible because of advancements in computers, processing, storage, optics, and conceit. Better stick technology, involving space-age plastic and velcro, is the glue that makes it all work.

Psychologists disagree about why selfies are considered so vital and important in people’s lives, but that is because psychologists can hardly agree on anything. Half their time at conferences is spent selling pseudo-scientific theories to one another, and the other half is spent taking pictures of themselves talking with important psychologists in the field. One never knows which crackpot theory will become the next internet sensation, so these pictures are invaluable when establishing bone-fides for unwitting and gullible internet denizens.

Nobody will believe a crackpot theory espoused by someone who looks like your pastor. Smart-looking, well-groomed, self-proclaimed brain-hackers are necessary nowadays, and the only props that can increase their authority are other psychologists staring gibbon-like into the lens alongside them. They know. They’ve conducted research that tells them that.

My own theory is that people need constant validation. A person born in 1850 slowly faded away until they died a few decades later in the civil war. They didn’t surround themselves with photographs of the important moments of their lives, like refilling the coal scuttle or sinking on the Titanic. Modern people keep these memories safely in the cloud, and can access them from any device so they remember why they want to live.

Editing software makes the memories more vibrant, and themselves better-looking, to reinforce this modern psychological phenomenon. It is a miracle that old-timers were able to find mates and produce children without fake social media profiles.

All technologies have their challenges, and the selfie is no exception. Disney had to ban the selfie stick from its theme parks because people, wanting assurances they had been on a particular ride, would use them mid-coaster. As you can imagine, mishaps occurred. Innocent bystanders, trying to take selfies themselves, were interfered with. Cameras were dropped, lost, and destroyed. Most importantly, Disney was losing revenue from their “ride cam” shots. Disney works very, very hard to siphon every last dollar from their guests’ credit cards. Really, people, how can you justify trying to skirt their process?

The Cannes Film Festival banned taking selfies on the red carpet. Onlookers and peasants were interfering with the stars ambling along to the next trendy movie. Remember, reader: At Hollywood events, you are there to worship celebrities, not yourselves.

Pilots have put their aircraft at risk. Is this a common occurrence? I have no idea, and neither do the hapless passengers.

Museums should have pictures taken of the ancient works of art, not climbed on so that visitors can insert themselves into history. How much damage was done? Only the insurance company can say.

Society must suffer drunkards tearing down heroic statues. A Russian man decided to selfie himself hanging off the arm of the Lenin statue in the local square. Like Leninism, it couldn’t hold him up. Police fined him 20,000 Rubles, which sounds like a lot. This is the sort of thing better done on college campuses, where you can be a hero, what with Lenin being a dead white male and all.

This woman put these men at tremendous risk for the sake of taking a selfie as she ran onto the baseball field during the 2013 College World Series game. That large smile she’s beaming at the camera is the cha-ching of the sexual harassment lawsuit she will be filing.

Now check out this man who just couldn’t resist taking a selfie with this tiger cub. The poor thing is completely traumatized and will almost certainly grow up craving alligator, camel, and kangaroo meat. The guy taking it looks like a gamma-male, desperate for female attention.

Contrast it with this man, also holding a large adolescent wild cat. 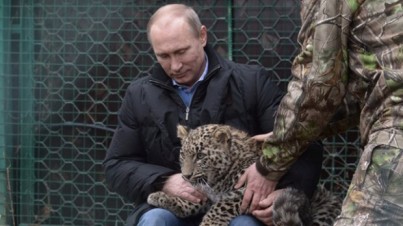 Studly. Manly. There is very little difference between these two pictures. Except that one is a selfie. Guess which it is?

Check out this narcissist.

What you can’t see in the picture, because I’m on vacation and don’t have access to decent photo editing software, is that he is looking into a mirror as he checks out every angle of himself. Recursive narcissism, if you will. What a dewberry.

He is also taking a selfie.

Taking selfies leads to thoughtless and selfish behavior. Have people died while taking selfies? Yes. Have they killed helpless dolphins? Yes. They have destroyed artwork, traumatized animals, and usurped important historical moments by interrupting them for the perfect photo. Selfie-takers have put others’ lives at risk, and even contribute to the spread of lice.

If selfies were a viable technology during the American Revolution, we’d all be speaking with British accents and constantly harassed for colonialism. The Battle of Bunker Hill would have been an extremely short affair as the Minutemen lined up with their backs to the advancing lobsterbacks, angling for the perfect light, to memorialize themselves when the “shot heard ’round the world” was fired.

Selfies clearly come with great risks to both the selfie-taker and innocent nearby bystanders. The risks are even greater than most people realize. According to Saudi cleric Sheikh Sa’d Al-Ateeq, who stars in a fatwa show on the Saudi Ahwaz TV channel in Saudi Arabia, you can catch cancer by seeing pictures on social media. No, I don’t understand the mysteries involved either, but a Muslim Cleric is declaring this to be fact! Muslims are the highest class of victim we have right now! The information is genuine! The danger from taking selfies is real, and it is extreme.

Should you find yourself thinking, as you fall over the edge of the Grand Canyon, “I’m going to make a crater so large that people will come from five states away to take a selfie with it!” then you’ve done something wrong. You’re going to spend the final seconds of your life asking yourself if lining up for the perfect selfie along the canyon’s rim was really worth it.