Today’s madness started on Gab, where I ran across this YouTube video from Seething Frog asking a Very Important Question. Did Hillary Clinton attend John McCain’s funeral? The preview tells the story, but here’s the full video.

My initial thought is probably the same as yours. In fact, I Gabbed it.

I figured someone in conspiracy theory-world would quickly pick this up and offer definitive proof. It’s been almost two weeks. It looks like its up to yours truly to venture down the rabbit hole and follow the question into the secret Illuminati plumbing that runs the world.

We’ll continue where Seething Frog left off with a picture of “Funeral Hillary”. This picture was taken at Senator John McCain’s memorial at Washington National Cathedral on September 1, 2018. I’ve marked this picture up with my initial thoughts.

Here we see “Hillary”, in three-quarters profile with her ear clearly visible. That’s important. We can also see her husband, former President Bill Clinton, sitting next to her, and a possible handler a couple of rows back. The intense glare tells me said handler has a vested interest in making sure Hillary is playing her part. We need more information.

McCain’s canonization took more than a week. There are plenty of pictures to sift through, and sift I did. Fifteen minutes of sleuthing revealed pay dirt. 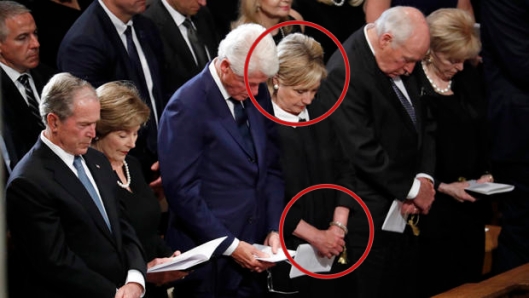 Where’s the smoke? Flames? Lightning bolt? Why isn’t the crowd flicking off gobbets of wisdom from the brains of the smartest woman in the world?

Yeeeaaahhhhhh. My gut tells me that it isn’t Hillary. Internet researchers all say the same thing: Follow your gut. I think they mean that in a “gumshoe” way, not in a “welcome to Paris” way.

It just so happens that President Clinton had attended the funeral of Aretha Franklin the day before. Ariana Grande performed during the service. Here she is.

Here’s the crowd reaction to her performance. Do you see any happy faces?

Of course not. Nobody is happy listening to Ariana Grande.

Nobody, that is, except Bill Clinton.

Very, very strange. Bill could be happy for a lot of reasons.

The last one is most likely. If you or I heard Hillary was dead, we’d be making the exact same face.

McCain’s funeral featured a veritable who’s-who of notable political figures. If you hated Trump, you were in. There were shenanigans aplenty. 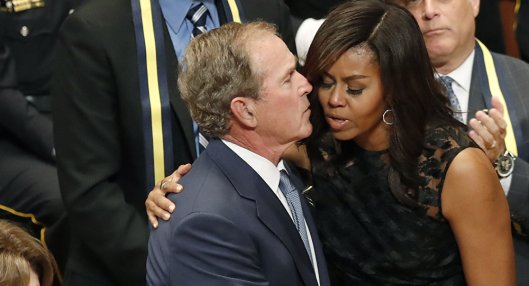 Former President George W. Bush whispers something to former First Lady Michelle Obama. If you don’t know who those people are, feel free to load the picture in your own drawing software and make red circles of your own. 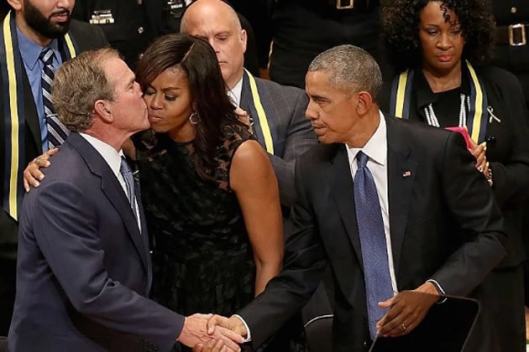 According to Dr. Bombard, this is anger. What could she possibly be angry about?

We can’t say for sure, but Quizzer’s Postulate, which I made up just now, will help us to puzzle this out.

Hmmm. That doesn’t help us in this case. Those are all stupid answers. Still, when we combine Quizzer’s Postulate and Michelle Obama’s armpits, we can all agree that Occam is going to need a new razor.

Let’s look at Hillary Clinton’s career. She’s been a lawyer, First Lady of Arkansas, First Lady of the United States, a Senator, Secretary of State, and a failed Presidential Candidate. John McCain was also a Senator and failed Presidential Candidate. In fact, he failed twice. John McCain blew up the USS Forrestal. Hillary Clinton blew up Libya. These are compelling parallels.

I’ve chosen these known pictures of Hillary so we can compare them with “Funeral Hillary.” Who knows: You, good reader, may spot something that I’ve missed. 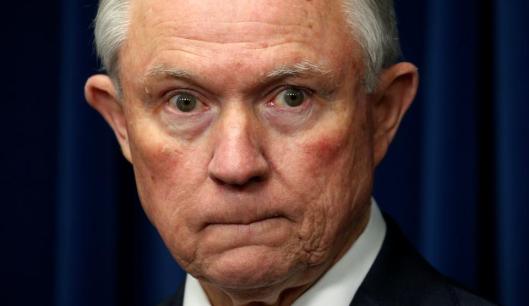 All of those qualities made her the perfect Democrat Party candidate for any office she chose to run for.

Here is Hillary in 1997 defending her husband, then-President Bill Clinton, from a plethora of accusers of egregious sexual misconduct. None of these accusers has been heard from since. 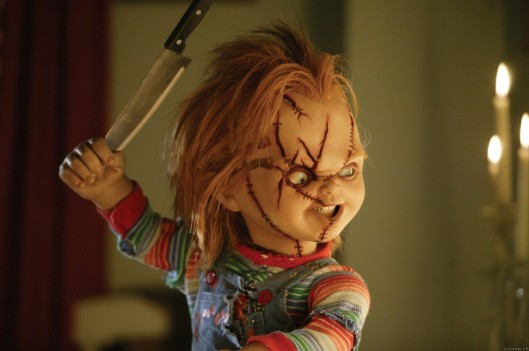 This rarely-seen photograph is Hillary when they told her she was going to be the next President.

We aren’t sure who “they” are, but that is not the hand of George Soros in the foreground. His hand is more desiccated, redder, has claws, and brimstone-like soot on the fingers. We think this is the hand of Mark Zuckerberg, but nobody knows for sure.

Here we see Hillary receiving blessings from on high as she begins her Presidential bid in 2015. Bill Clinton is picking out an intern he’ll need as America’s first First Husband. 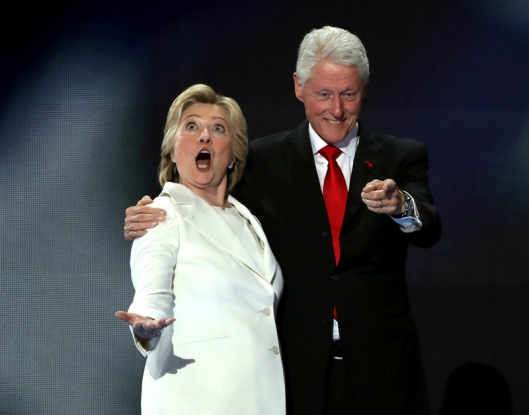 Of course, you probably remember these from Hillary Clinton on the campaign trail during the tumultuous election of ’16. 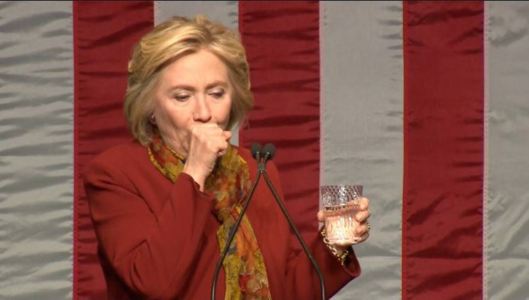 This last one is from Hillary Clinton’s concession speech after President Trump defeated her in November of 2016 to become the 45th President of the United States. She is explaining to everyone how it’s all their fault.

The interesting thing about each of these pictures is we never get a clean, unobstructed picture of her ear. It’s almost like official news photographers are terrified to show this.

Fortunately, with considerable effort, I found this picture of then-Senator Hillary Clinton.

Ears are like the fingerprints of the head. We can use the auricle, the outer shape of the ear, and the earlobe, the flappy skin attachment without which your ear would fall off, to seek a definitive answer to our question: Is “Funeral Hillary” the real Hillary?

The ears do not match.

That was definitely not Hillary at John McCain’s funeral.

Like all good conspiracy theories, the rabbit hole never ends. Here is John McCain’s coffin after the funeral, being carted away by the people he loved.

Who is actually in the coffin?!

Finally, how did this whole ridiculous article start again?

Don’t fret, good readers. Death is a Rothschild, and he has plenty of quarters.