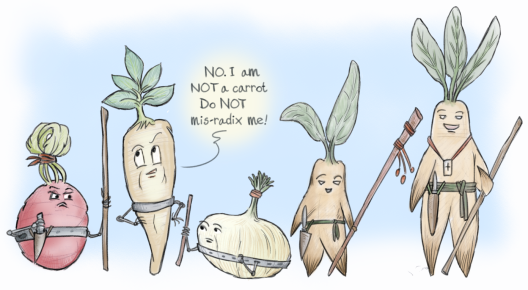 This is a sketch Codex doodled out for scale and experimentation with accessories. Our “sketch pile” is getting smaller, as our backlog of “official comics” is starting to grow. We want to be working three or four weeks ahead before publishing. At two strips per week, that’s only 8 comics.

The new banner was a major chunk of work. Codex put in another day cleaning up the rough draft we published. One more major chunk remains: the first “official” comic, which is something a bit different than what we’ve done in the past. Hopefully :::crosses fingers::: that will be done this week.